Transhimalaya Tour with Hans (our side car) 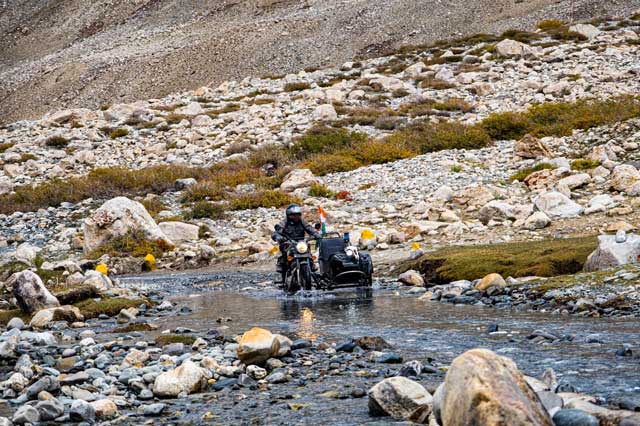 It all started with a phone call from our friend and tour participant, W. "Shankar," he asked, "adding a sidecar to an Enfield motorcycle is definitely possible, right?"

It didn't take long for me to realize that I knew very little about sidecars and that everyone in India was discouraging me from using one. "It's a death trap on wheels," someone said. Despite my lack of knowledge and the warnings, I had made a promise and there was no backing out now that the flight was booked. 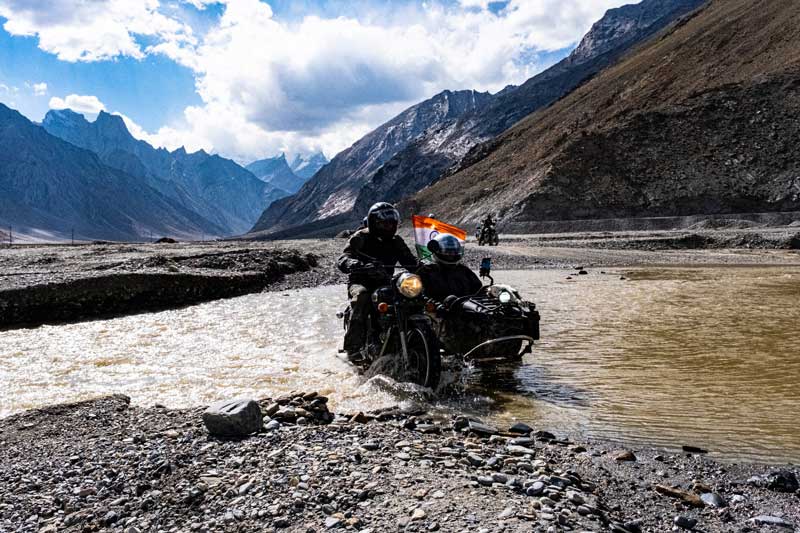 Fate must have been on my side because I soon discovered Kozi Wheelz, a company in Bombay that manufactured and exported sidecars to Europe. They agreed to build a custom sidecar for me. A month later, the Rural Ural Model (without drive) was ready and shipped by truck to Dharamshala, my home base. With the help of six coolies, we managed to haul it into the courtyard. 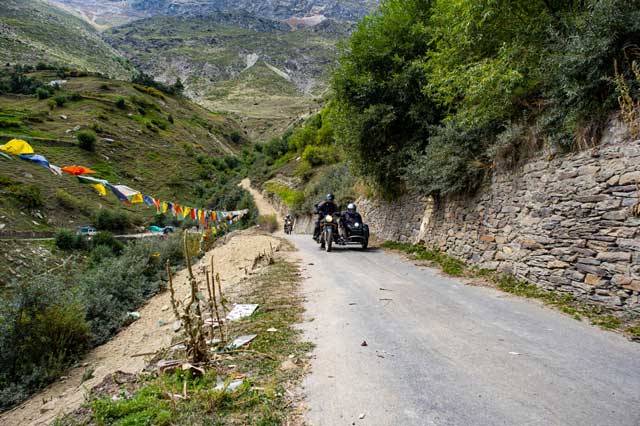 I had no idea at the time that no one in my area was able to attach a sidecar to a motorcycle. So, the box was loaded up again and shipped 250 km to Manali, where one of our partner garages was located. It took a team of four mechanics (two on site and two via video conference) to finally assemble everything correctly.

After many challenges, the Enfield with sidecar was finally ready and waiting in front of the hotel for the start of the tour. As usual, India surprised me with its ability to make seemingly simple tasks tedious, but also its ability to almost magically solve complex problems. 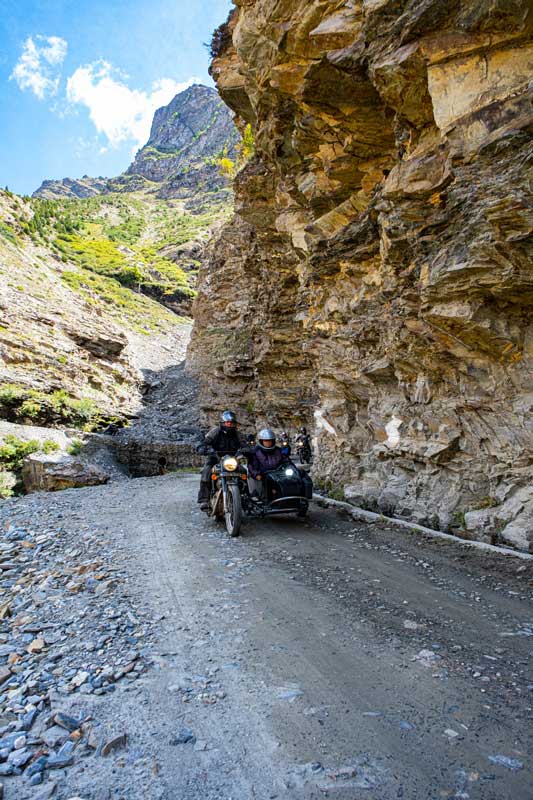 I had no idea how much attention a sidecar would draw in India! Children couldn't stop waving at us from the roadside. Passersby smiled endlessly and one gentleman even followed us for 40 minutes just to ask if the sidecar was for sale. The whole experience was a great success! I have to give credit to our driver, G., who expertly navigated the Indian roads with the sidecar. Co-driver H. also deserves recognition for her stoic calmness and good mood, even when the Himalayan canyons seemed to be inches away from her side wheel.

But the adventure was not over yet. Ahead of us was the newly opened Shingo Pass (5100m), which was unpaved on one side. Everyone told me that the sidecar would never make it. It was a tough ride, and a few times the co-driver had to get out of the sidecar so we could continue. When we finally reached the top, I was filled with an unexpected sense of happiness. We had done it!

By the end of the tour, the sidecar had conquered a total of 12 passes (including five five-thousand-meter peaks) and traveled 2019 km. Midway through the trip, it was given the name Hans ("wild swan" in Sanskrit"). At the moment, Hans is recovering from the stresses and strains of the trip in Dharamshala, but it will soon be back in action with a coffee vending machine. Until further notice, it can be admired at the coffee house "The Other Space."